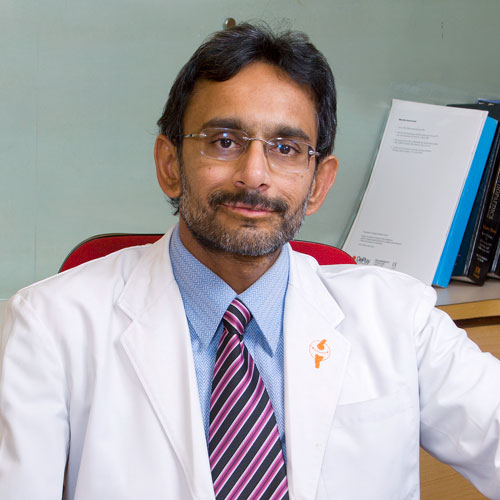 Dr. Kiran Doshi completed his MBBS from Government Medical College, Miraj in the year 1982. He completed his Diploma in Orthopedics in 1985 followed by Diplomat of National Board [DNB - Orthopedics], New Delhi in 1987. He also received MCh in 2012. He has successfully completed various International Fellowships at various prestigious institutes which includes Arthroscopy and Sports Medicine Fellowship at Bowman Clinic, Germany in 1997, Joint Replacement Surgery Fellowship at J. Flynn Hospital, Australia in 2006, Computer Assisted Surgery Training at European Surgical Institute, Germany in 2011, CAS Fellowship at General Hospital, Singapore in 2012. He started his private practice at Kolhapur in the year 1990. He is a teaching faculty for post graduate students for more than 30 years. He is an active member of Indian Medical Association and currently holds Chairman Position at Kolhapur Medical Association. He has organized several conferences at Local, State and National Level. He has participated in numerous conferences at National and International platforms. He has been instrumental in the establishment and maintenance of Indian Joint Registry. He has keen interest in clinical research and has been Principal Investigator of several national and international clinical trials including INFINITY, FLOW etc.

Has a attended many National & International conference including America Academy of ortho Surgeons, SICOT & AO courses.